According to British Home Child records Albert Edward Harris was born on the 2nd August 1895 in London and according to his military records had a sister called Edith Harris.  On the 9th March 1911 aged 14, Albert sailed on the Dominion to Canada with a party from the National Children’s Home and Orphanage.40 He sailed from Liverpool and arrived in Halifax, Nova Scotia, Canada on the 19th March 1911. 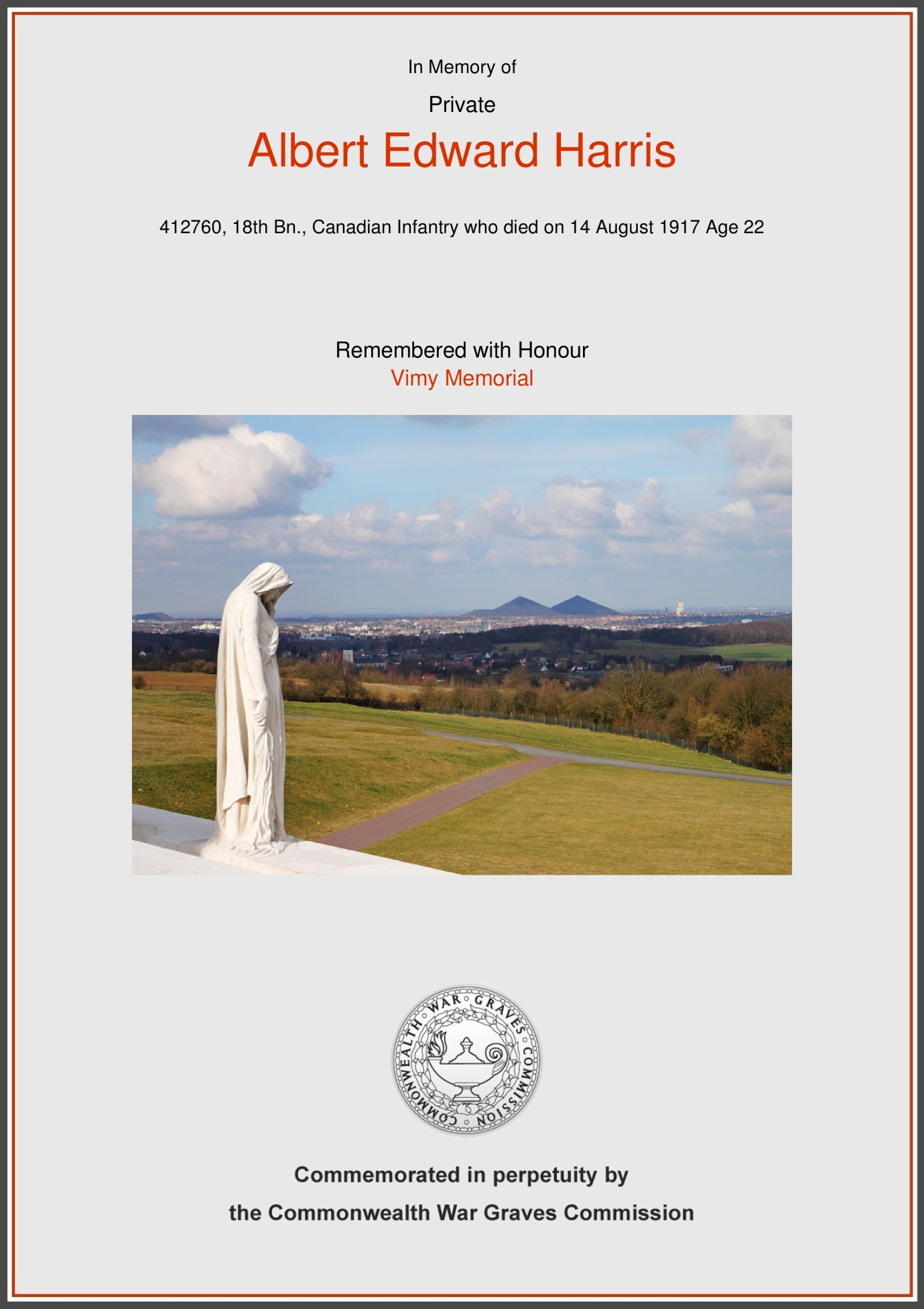