Clarence was in the Royal Flying Corps (6969) and rose to the rank of Serjeant. He attested on 15th July 1915 and although no home address is shown, he states that he had lived at The National Children’s Home in Edgworth. He was nearly 19 and his occupation is shown as “clerk”.  He was promoted to Corporal on 1st September 1916 and was graded a First Class pilot on 28th February 1917 at which time he was also promoted to Serjeant. Five months later on 19th May 1917, he was reported as missing and presumed dead. He was 5’ 4.5”, 114 lbs, fresh complexion with brown eyes and hair. 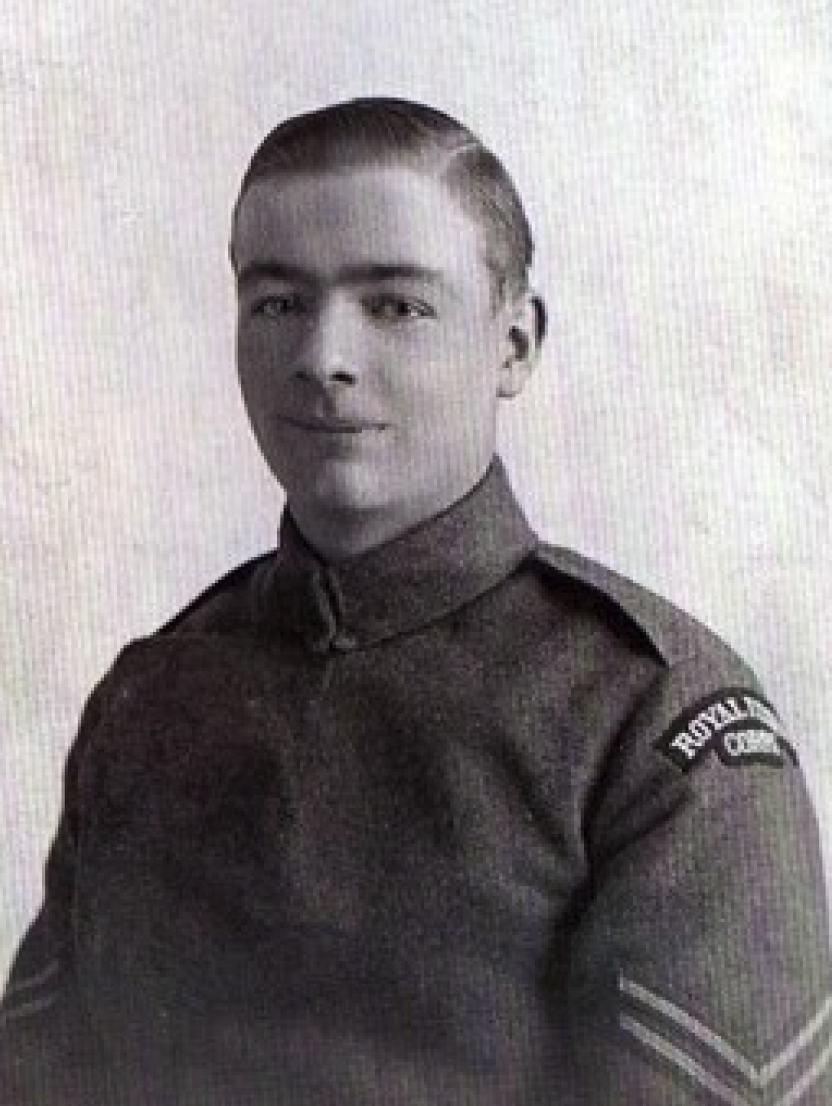