Emile was a Belgian refugee born on 5th July 1900. He was admitted to Bolton Church Institute on 14th January 1915, leaving on the 26th July 1917 having gained a distinction in maths and, not surprisingly, French. His father Edmond had been a “Negociant” and Emile’s previous education had been at a college in Liege, Belgium.  The School Governors gave Emile and three other Belgian boys scholarships to finance their studies throughout their time at the school. This was the Church Institute’s contribution to Bolton’s welcoming of refugees from Belgium following the German invasion in 1914. After Emile left school he joined the Belgian army; no more is known about his life. 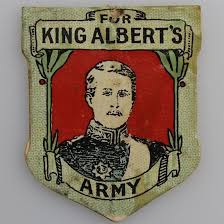