Unfortunately Frank is a mystery. There are no traces of a Frank or Francis Sharples in the census records for Turton for 1911, 1901 or previous years.(1)

He is wearing the “utility” uniform, which suggests that he either volunteered late in the war or was conscripted. The standard uniform in August 1914 was the 1902 Pattern Service Dress which included two elements – rifle patches on the shoulder and pleats on the pockets. As the war continued demand for uniforms grew. The “utility” uniform was introduced from the end of 1914 onwards without the rifle patch and pleats, which simplified manufacture, saved material and helped to speed up production. (16) 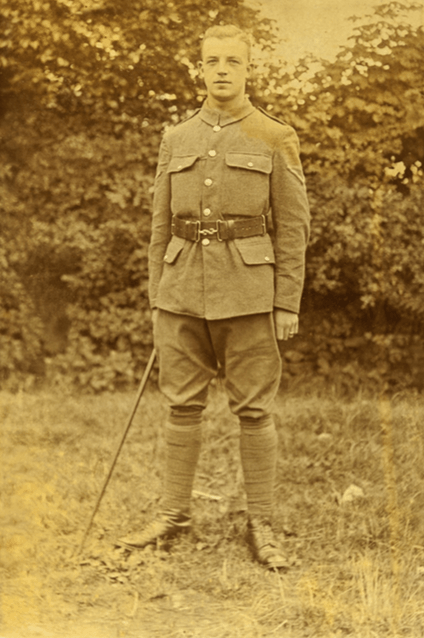