Henry attested in Edgworth on 5th December, 1915 whilst living at High Street, Chapeltown and served with the 1st Regiment, Royal Garrison Artillery, Regimental number 181127.
His Service Record is quite damaged and with faded handwriting so information is limited. However, the records do show that he was a 1st class Signaller after attending Classes of Instruction. He was awarded the Victory and British War Medals.  It would seem that he experienced active service as he was hospitalised following injury in the field on 8th June, 1918 then transferred to a General Hospital on 11th June 1918 with lacerations to the upper lip. His discharge notes dated September, 1919 state that he was of Medical Category A. His Regimental number by this time was 615848 with the Royal Engineer’s Signal Corps. His rank was then a Sapper. Exactly when this change occurred has not been found. 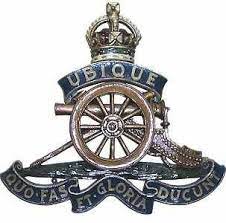