John Edward Riley was born in Edgworth on the 26th April 188634 the son of Thomas Riley and Mary Hannah Mather of Sandy Bank Road, Edgworth. As a teenager John worked in the local Calico Printworks, initially as a Labourer and then as a ‘Back Tenter’.  During the First World War, John served with the 1/4th (Territorial) Battalion of the Loyal North Lancashire Regiment having enlisted in Bolton. Unfortunately, no service records survive for John other than that of the Commonwealth War Graves Commission certifying his death on 4th June 1917 at Ypres. 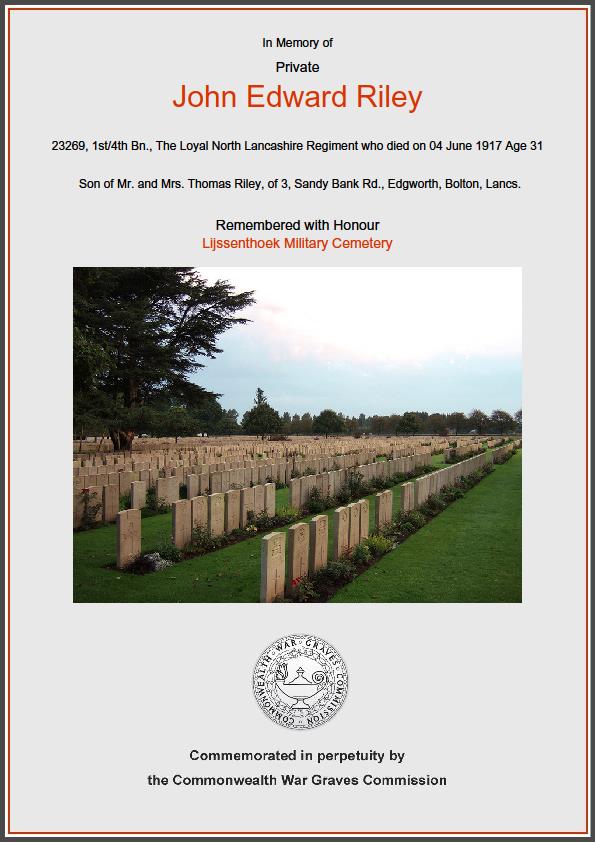