John Prescott departed from Liverpool on the ship Canada on 3rd March 1910.  He arrived in Halifax on 11th March and then travelled on to Hamilton, Ontario.  He went in the same party as other boys from the National Children’s Home and Orphanage, John R Brown and Frederick George Slater.  He was 16 years old and his date of birth is recorded as 13th August 1893. 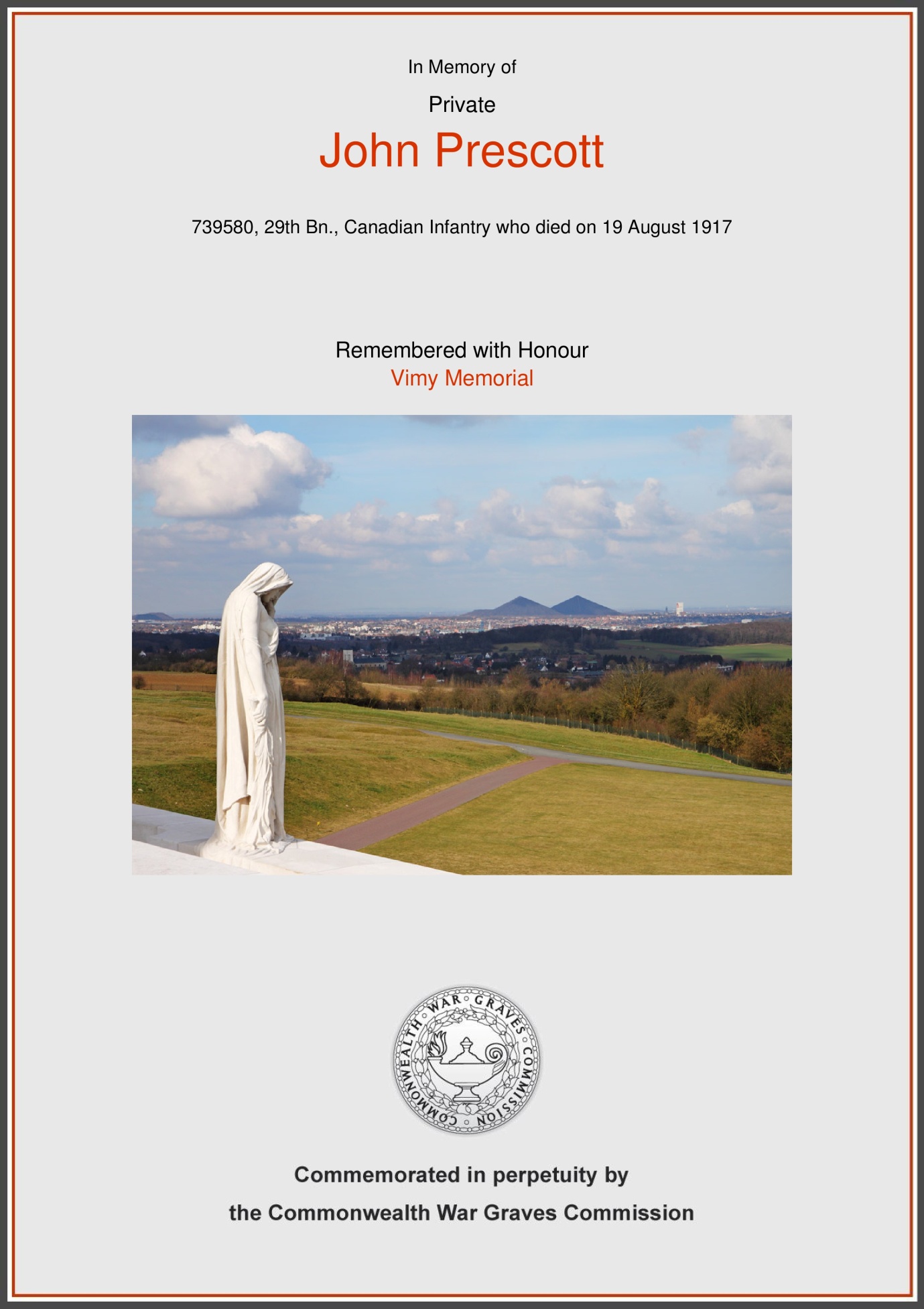