Peter Tootill was born on the 23rd December 1883 in Turton. He was the second son of Edwin Tootill of Turton and Sarah Ellen Barlow of Prestwich, Lancashire. Peter enlisted at the outset of war with the 1st East Lancashire, but later transferred to the 6th Worcestershire Regiment and finally to the 8th Lancashire Fusiliers. He served in Egypt and India and after the war continued with the Fusiliers, being promoted to the rank of Corporal before his final discharge in 1922. 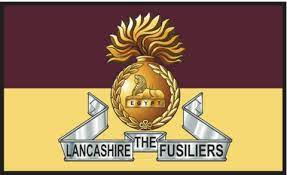