Stanley Atherton was a Lance Corporal in the 2nd Battalion, East Lancashire Regiment, (service number 27108).  He died in Manchester Royal Infirmary on 29th June 1920 at the age of 26, (24th according to headstone).(8) There is no service record for Stanley but he received the British War and Victory medals. He did not see active service before 31st December 1915.  He was interred on 3rd July 1920 in St. Anne’s Churchyard, Turton. 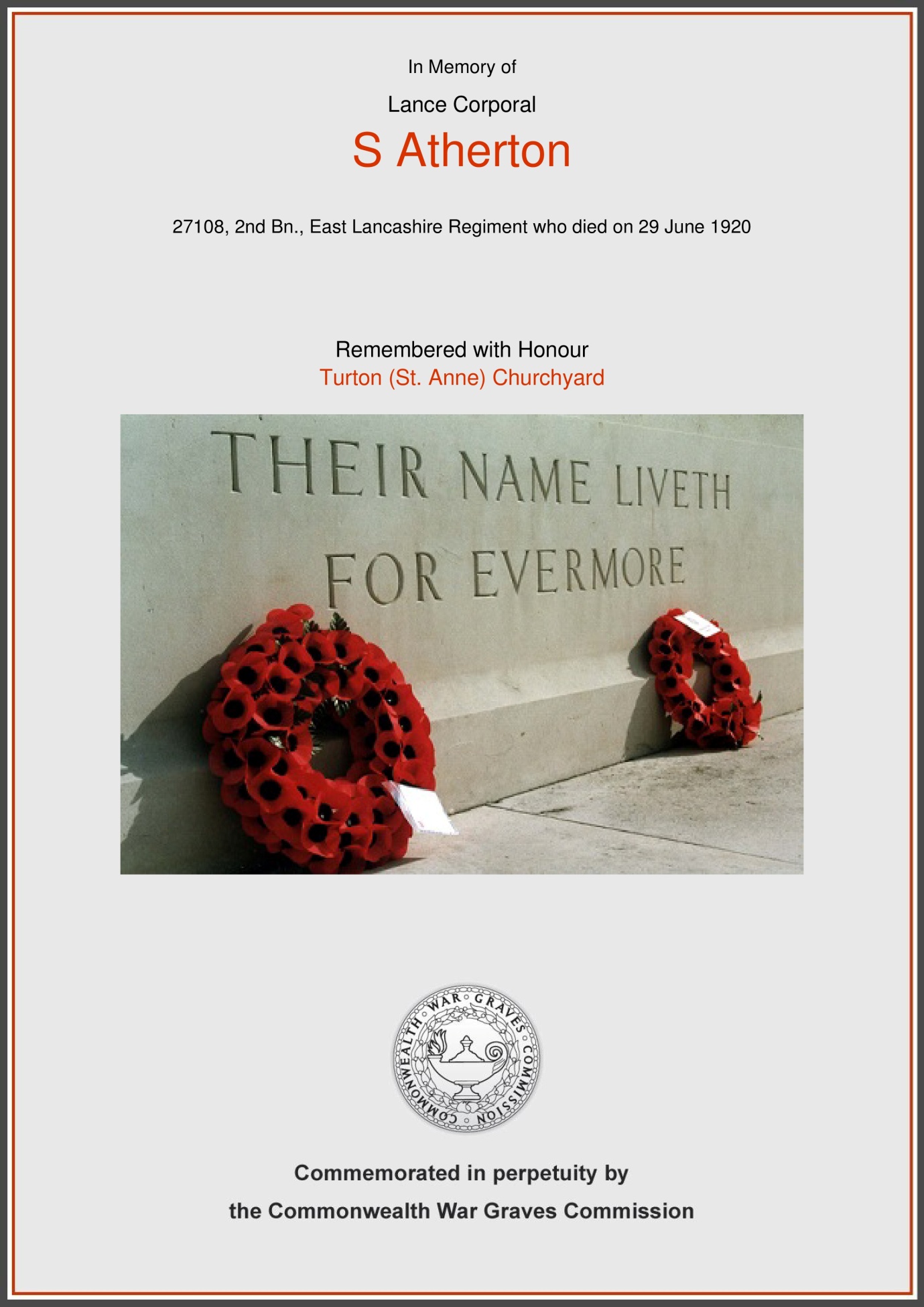